St. John’s Episcopal Parish Day School prepares each of its students for lifelong intellectual and spiritual growth by providing a superior educational experience within a nurturing Christian environment. Situated in Hyde Park and near Downtown Tampa, St. John’s is a co-ed, Episcopal K(4)-8 independent school with a rich 68-year tradition of exceptional academic achievement. Founded in 1951, St. John’s is Tampa’s oldest Episcopal school.

The Office of Admission works to identify, attract, and retain a diverse group of mission-aligned students who demonstrate hard work, faith, honesty, and a commitment to excellence. St. John's seeks families who embrace our core values of academic excellence, citizenship, integrity, diligence, and inclusiveness.

Applications for the 2023-24 school year will be accepted starting September 1st. If you are interested in St. John's for your child(ren), we invite you to complete the Inquiry Form, and most importantly schedule a tour.

Applications are due by February 1.

Please visit the Inquire & Apply section of our Admissions website to learn more.

There is no specific test score minimum; however, our applicant pool is competitive. St. John’s admission process is designed to admit qualified, mission-aligned students who are capable of benefiting from the school’s college preparatory program and making a positive contribution to the School community. Test scores serve as a piece of the puzzle in determining "academic readiness and fit."

We value the interactions with our prospective parents during the admission process whether it be during a campus tour, student assessment/visit drop-off, or our Admissions events. We are looking for families that view their child's educational journey as a partnership and those that share our same core values. During the individual assessment there will be an opportunity for parents to answer specific questions about such a partnership.

The Office of Admissions is located at 1002 S Rome Ave in Tampa, FL just off of Bayshore Blvd. There are designated parking spots for guests visiting the campus. All visitors should bring a valid ID.

Our entry level year (youngest age group) is our K(4) Primary Division Program. This is a four-year-old program. Children must turn four by September 1 of the year they would start school in mid-August. All applicants are encouraged to begin the application process one year in advance of anticipated school start date.

We do not offer transportation or boarding at this time.

In the St. John's admission process, every effort is made to accommodate qualified applicants who are siblings of currently enrolled students, children of alumni, or children of faculty and staff. However, admission decisions are based primarily upon the composite qualifications of the individual candidate, space available, and gender balancing. Admission preference is given to community applicants if all other qualifications are equal.

All students must be in compliance with the School Immunization Requirements published by the Florida State Department of Health. Click here to view. Accurate medical information must be on file with Magnus Health and medical records must be updated with Magnus Health and the division office notified if a student’s health situation changes. The School shall be permitted to transmit and share vital medical records among School personnel at its sole discretion in order to ensure the safety and well-being of students. The school may consider individual requests for medical and religious exemptions from vaccine requirements and only when the required documentation is provided (see FDOH Forms DH680 DH681). The School retains the sole discretion to determine whether to grant an exemption from the vaccine requirements. Please note that Florida State law requires a copy of the student’s birth certificate and the original HRS Form 3040 and HRS Form 680 (obtained from your pediatrician) to be in the student’s file at the time of enrollment.

We recognize the unique needs of military families. As such, we strive to make the enrollment process at St. John's as stress-free and as flexible as possible. Understanding that a military family relocation rarely aligns with a standard academic calendar, we offer flexibility in regards to application and tuition assistance deadlines. Click here to read more about how we support our military families.

Yes, we're happy to help walk families through the process of selecting an independent school. Click here for details.

St. John's values every human being as a child of God. We strive to live with honor, integrity, and respect for all. We are committed to creating, maintaining, and nurturing a diverse, safe and inclusive environment as we prepare young men and women for lives of service and purpose. We gather in Chapel for prayer and thanksgiving for God’s blessings in our lives. We welcome people of all faith traditions. We embrace diversity in our school community. Diversity enhances the quality of the education that St. John's provides and is essential to the development of well-rounded people. We explore Christianity and religions of the world to develop an understanding and respect of people and cultures. Through community service, our students develop a sense of lifelong responsibility. Serving others raises social awareness in our global context and develops compassion, empathy, and a heart open to others.

Yes. We welcome children and families of all faith traditions. Religious diversity enhances the quality of the education that St. John's provides and is essential to the development of well-rounded people.

The goal of choosing a school is to match a child’s abilities, interests, and needs with the most appropriate educational setting. Independent schools have unique missions, philosophies, and core values. The right school for any child is the one that can best meet the needs of that child. This decision may be made at the beginning of your child’s educational career or even in “midstream”. If an independent school was not your initial choice, at some point in your child’s education, you may decide that your child is not thriving and you want to pursue a different learning community.

After researching the schools in your area by visiting web sites and talking with friends, neighbors, business associates and colleagues, call the school to arrange for a campus tour while school is in session. During the tour, ask key questions regarding curriculum, faculty, mission, extra-curricular activities and accommodations. Each school’s process will be unique, but in general, the steps following the school tour may include: completing an application, inquiring about a shadow date for your child and completing financial aid forms if needed. If applicable, arrange for any required testing and contact your child’s current school to have transcripts, testing results and references forwarded.

Independent schools adhere to a “triangle” approach to education – student, family and school. These three are linked together to ensure a solid education for each child; thus, parents are considered integral to the success of their child. Regular communication, including parent-teacher conferences, online and/or paper progress reports, newsletters and, sometimes, parent portals, are the norm in an independent school. Parents are encouraged to be active participants in the life of the school! Schools typically have a wealth of volunteer opportunities where parent involvement will be welcomed.

Years ago, independent schools served only the affluent in our society; that is no longer the case. Independent schools are now distinguished by adherence to mission, academic rigor, diversity, autonomy, character education, and service learning programs in an environment that fosters respect.

To fully benefit from an independent school education, the optimal time for a child to enroll is PreKindergarten or Kindergarten, while continuing in a similar school community through graduation. Independent elementary schools typically provide students with a solid academic base and study skills that will be beneficial for a lifetime. Middle schools usually focus on the emerging young adults; many schools have advisory and character education programs to guide students through this transitional stage. Independent upper schools generally provide rigorous academic work, opportunities for leadership, service-learning in the community and athletics, and opportunities for strong college placement guidance.

Many FCIS schools are members of FHSAA, the Florida High School Athletic Association, and compete within their classification with other schools across the state in a multitude of sports. Independent schools typically offer a wide range of sports, often have excellent facilities, and encourage students to participate and experience multiple sports. Independent schools recognize the importance of extra-curricular activities and are therefore committed to a successful program.

Faculty who choose to teach at an independent school are passionate about children and committed to excellence in their subject area. They understand the value of forming relationships with students and working with students in many capacities (classroom teacher, club sponsor, coach, advisor). They value the autonomy they are given in the creation and implementation of curriculum that both meets the school mission and engages students. Teachers value the parent/teacher/ student relationship and welcome parental input.

Small classes allow faculty to truly get to know each child. Teachers have time to monitor progress, answer questions in depth, and build a relationship with each child. Additionally, small class size allows time for interdisciplinary projects, collaboration, technology integration and field trips.

There are FCIS schools whose missions are dedicated to students with learning differences. In addition, some schools have academic support program with specialists trained to work with children and their unique learning styles and differences.

Financial aid is based on family need; many families with above-average family incomes will qualify for some support. The amount of aid varies from school to school. As part of the admission process, many schools will allow you to submit a Financial Aid form, which is the initial step in calculating the financial aid award. The average FCIS school provides financial aid to 17.87% of its families (NAIS Statistics 2014-15).

Finally, ask for the names of parents with whom you can speak. If you are looking for an upper school, ask for the most recent senior class profile, which will provide a list of colleges where graduates have been accepted. Inquire about how much guidance is provided to each student and when the college guidance process begins. Ask about the school’s philosophy, core values and mission, and how these were developed. With regards to curriculum, how extensive are course offerings? Ask about professional affiliations for faculty, coaches and administrators. What about accreditations?

It all comes down to some basic questions: 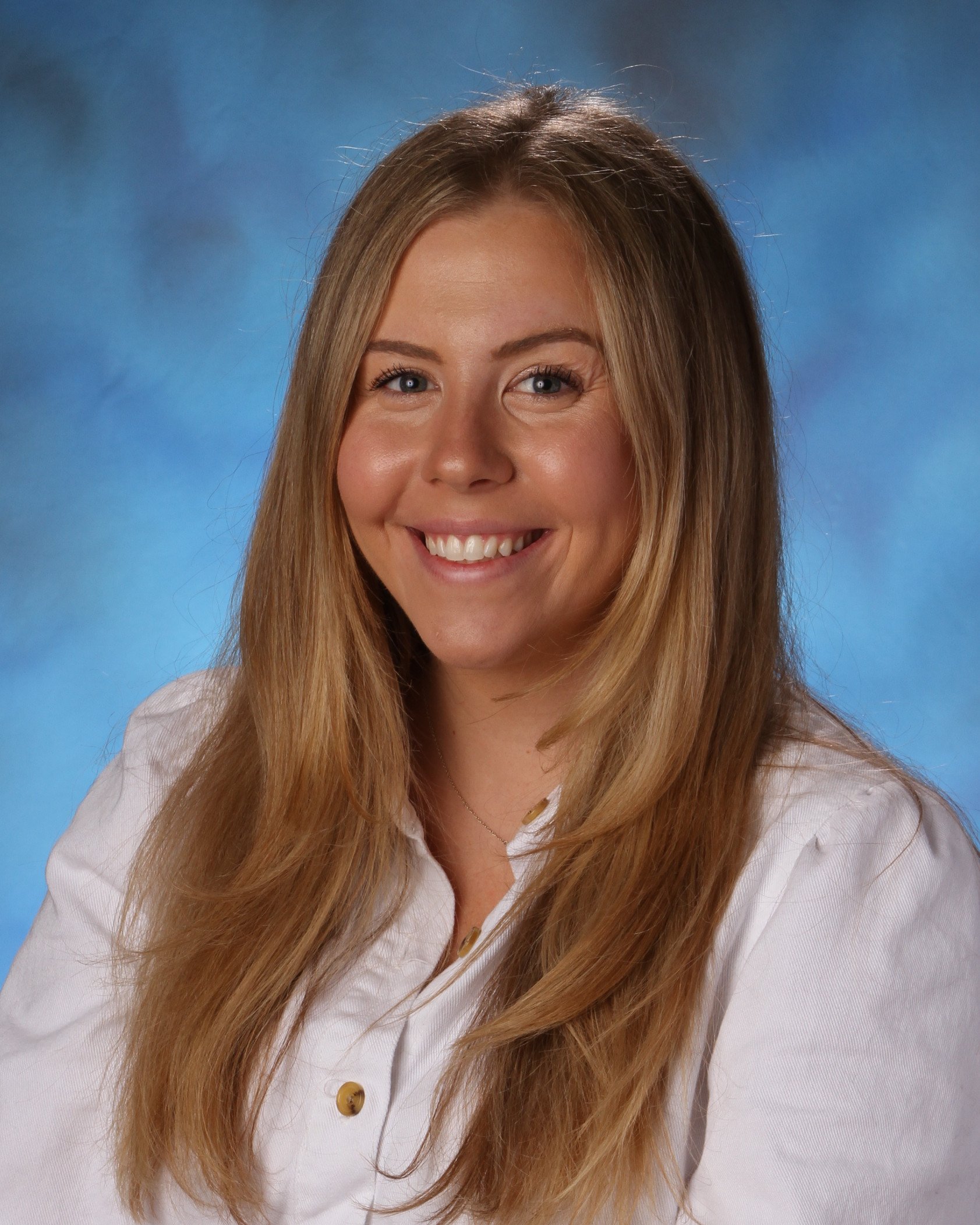